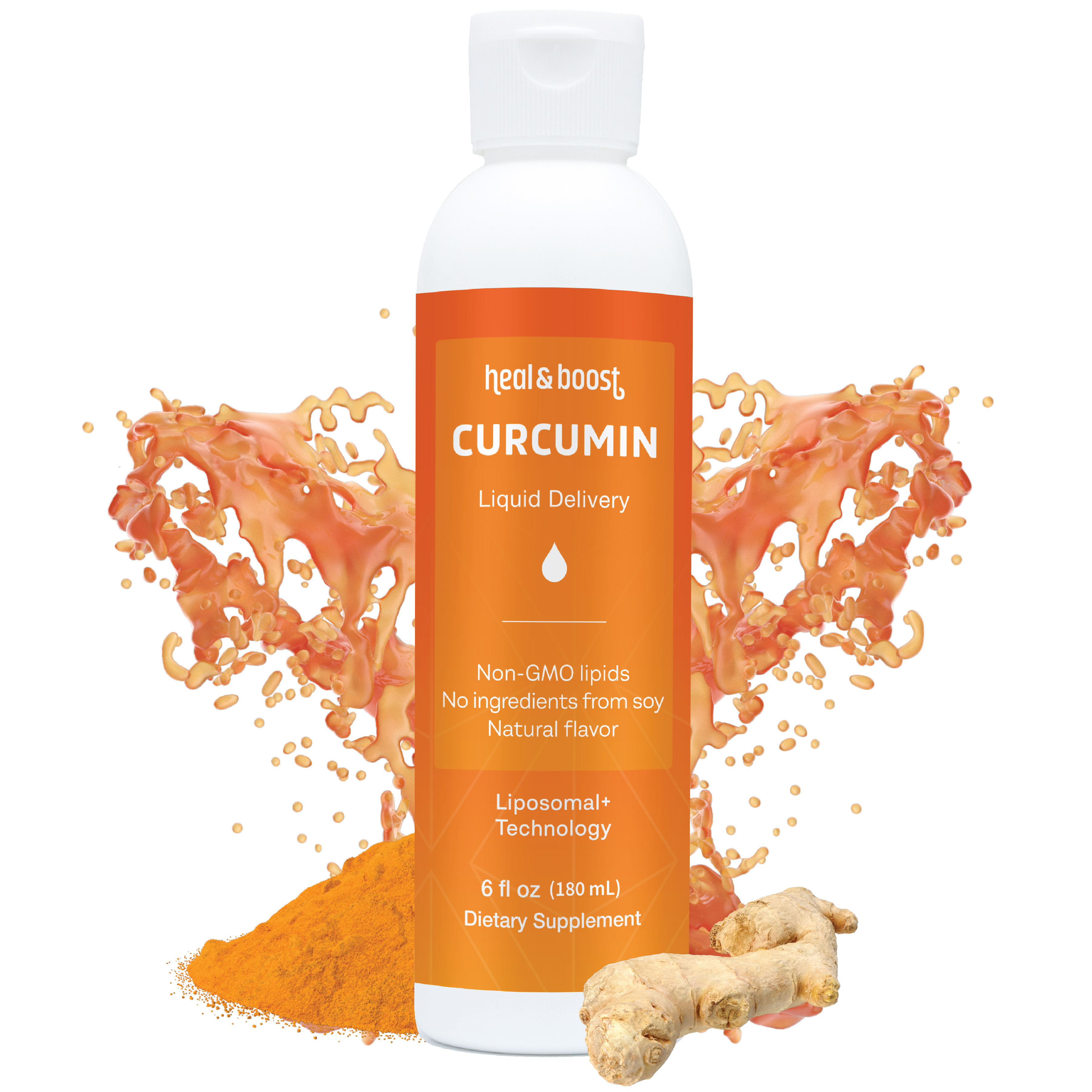 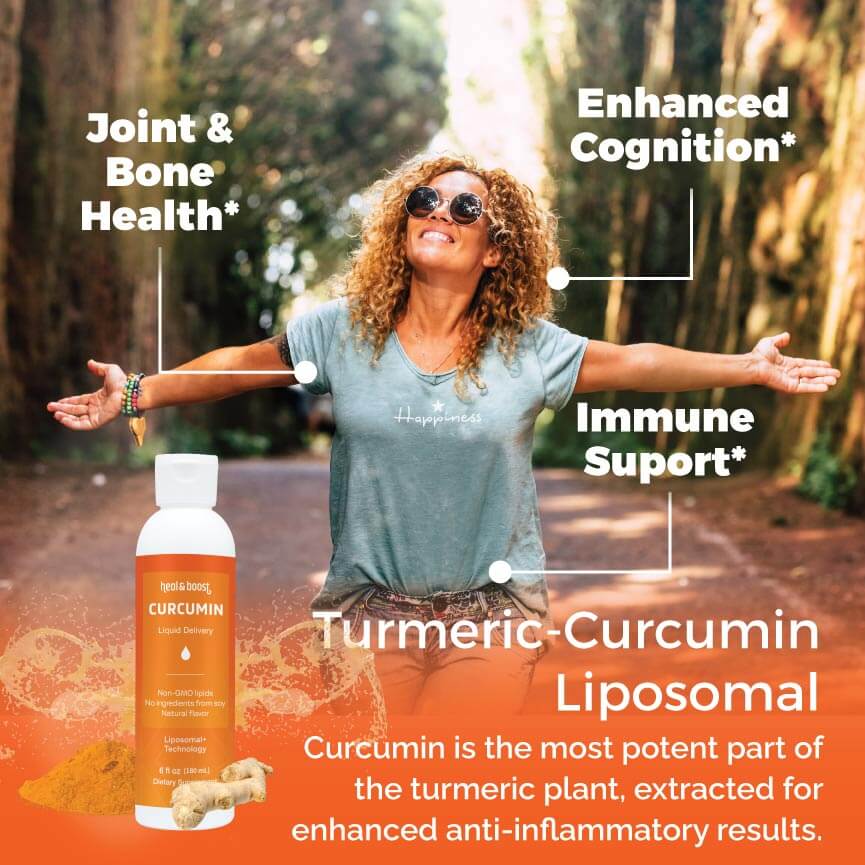 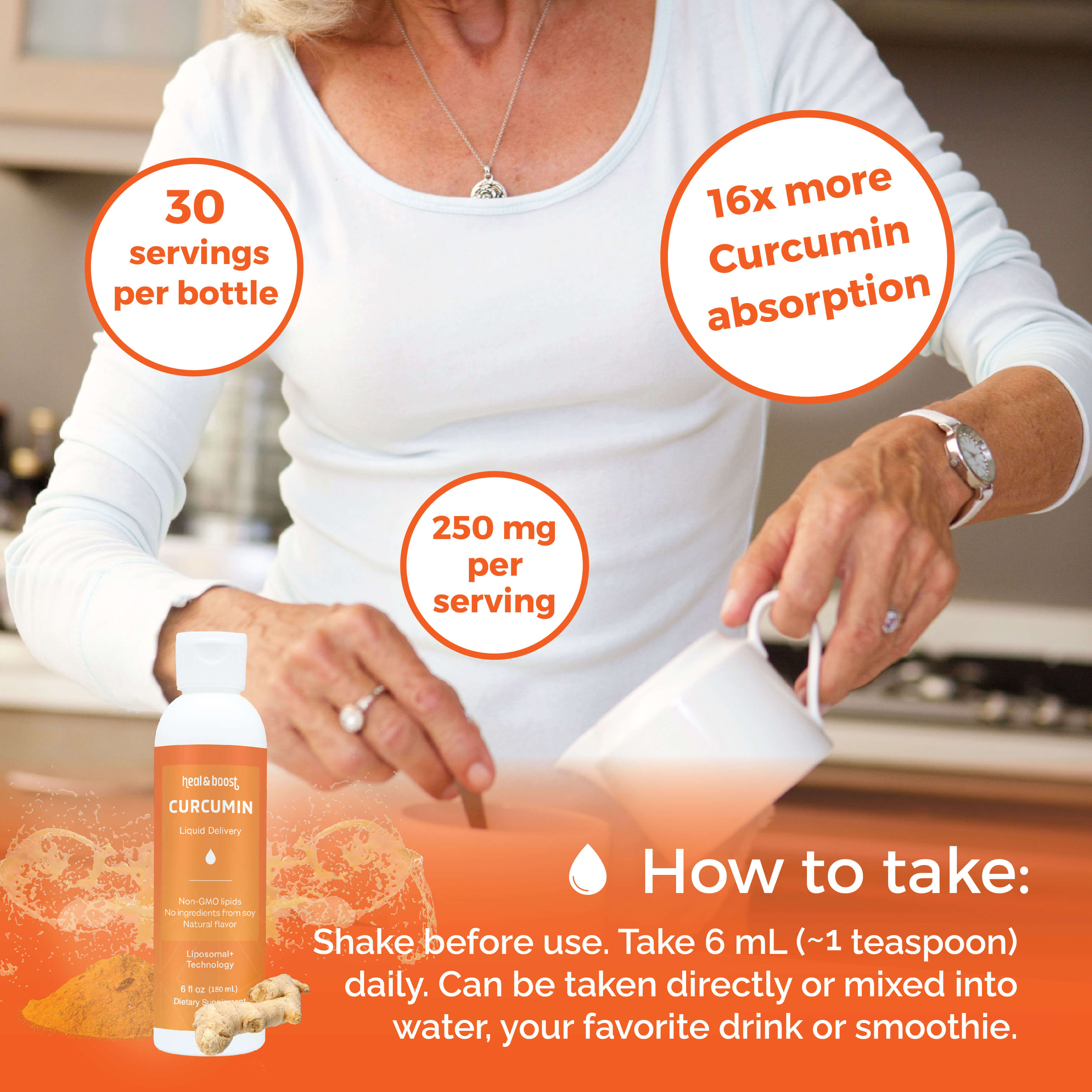 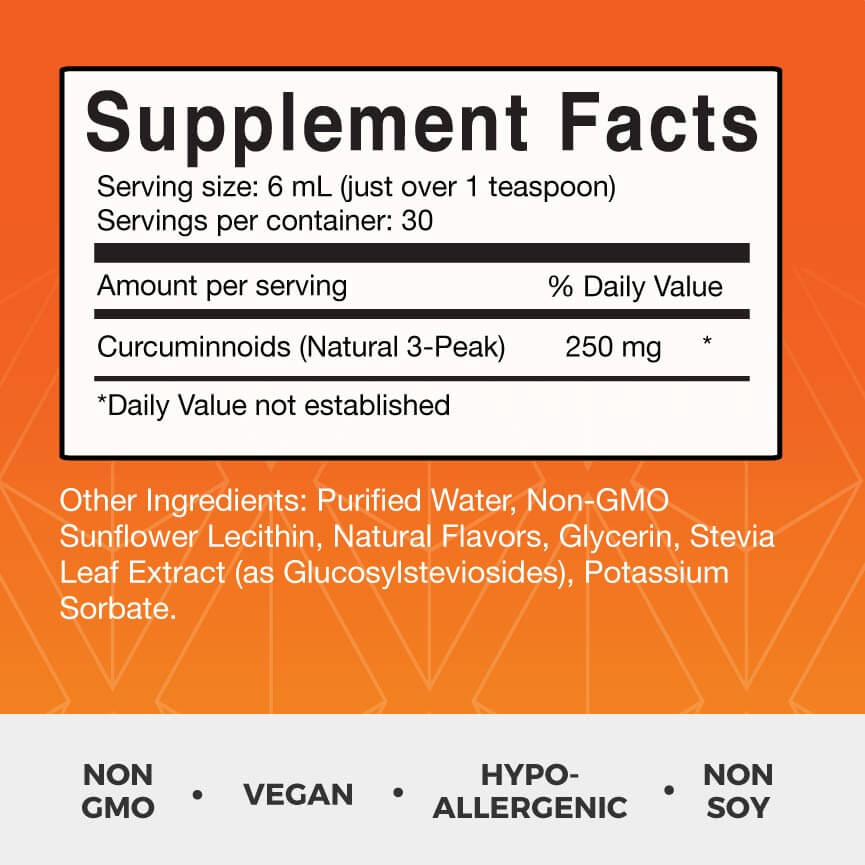 Get a MEGA does of turmeric. Curcumin is the most potent part of the turmeric plant—a flowering plant of the ginger family—commonly known as a spice used in curry. Curcumin and the curcuminoids found in turmeric is extracted to produce supplements that have a much higher potency than turmeric. However, curcumin is absorbed poorly during digestion, so a myriad of different formulations have been created to improve its bioavailability, including our Liposomal+ Curcumin. To experience the full benefits of curcumin, you will need to take a supplement.

Found in turmeric root.
Buy 2 save 5%
Buy 3 or more save 10%
Thank you! Your submission has been received!
Oops! Something went wrong while submitting the form.

We guarantee the highest quality products.

Shipping is free when you spend over $99!

Curcumin is the most active ingredient and important curcuminoid in turmeric. It has powerful anti-inflammatory effects and is a strong antioxidant. When you only supplement turmeric, you are only getting about 3% by weight, and that is not including absorption, which greatly reduces the likelihood that you will get the health benefits you are looking for. (1)

The majority of published studies on this herb use turmeric extracts, and just using the turmeric spice in your foods is not enough. To experience the full effects of curcumin, you will need to take supplements that contain significant amounts of curcumin.

Curcumin is poorly absorbed into the body, but our liposomal curcumin ensures absorption directly into your bloodstream.

Curcumin helps your body fight free radicals, and have a role in repairing your damage. Scientists believe that chronic, low-level inflammation plays a role in almost every chronic, Western disease: heart disease, Alzheimers, cancer, and other degenerative conditions. (3, 4, 5) Curcumin's anti-inflammatory fighting has been show to match the effectiveness of some anti-inflammatory drugs, without the side effects. (6, 7, 8)

Doctors are linking oxidative damage to the mechanisms behind aging and many diseases. Antioxidants are beneficial because they help protect your body from free radicals. Curcumin can help neutralize free radicals. (9, 10)

Cancer is uncontrolled cell growth, and some have been shown to be affected by curcumin supplements. (13) Curcumin has been shown to affect cancer growth, development and spread at the molecular level. (14)

There are no good treatments for Alzheimer’s yet, so prevention is key. Curcumin has been shown to play a role minimizing the inflammation and oxidative damage that plays a role in Alzheimer's disease. (15)

In one study, when curcumin was tested against Prozac, curcumin showed best results for helping relieve symptoms of depression. (16)

This product is made without chemical processing, heat or pressure. It has a unique formulation to deliver 16x greater nutrients over ordinary pills and gummies. Our process helps us create the best supplements on the market.

Liquid vitamins are over sugared, adding calories with every ounce you take. We keep it pure around here, so PUCKER UP! Get all the good, all the healing and all the boosting nutrients without the sugar and additives!
You're welcome!

Thank you! Your submission has been received!
Oops! Something went wrong while submitting the form.

*These statements have not been evaluated by the Food and Drug Administration (FDA). Our products are not intended to diagnose, treat, cure or prevent any disease.
Privacy PolicyTerms of Use
© 2022 Heal & Boost Inc. All rights reserved.