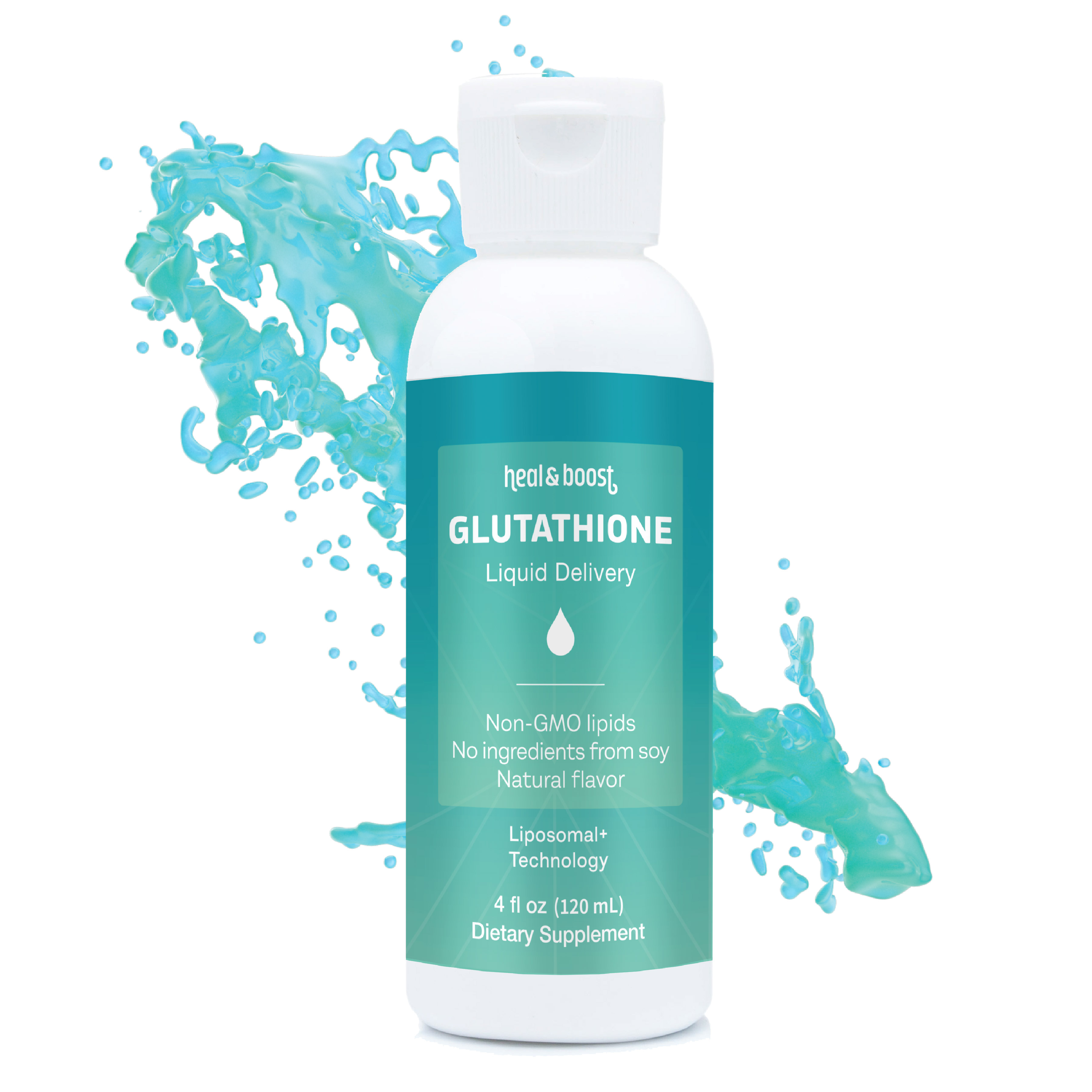 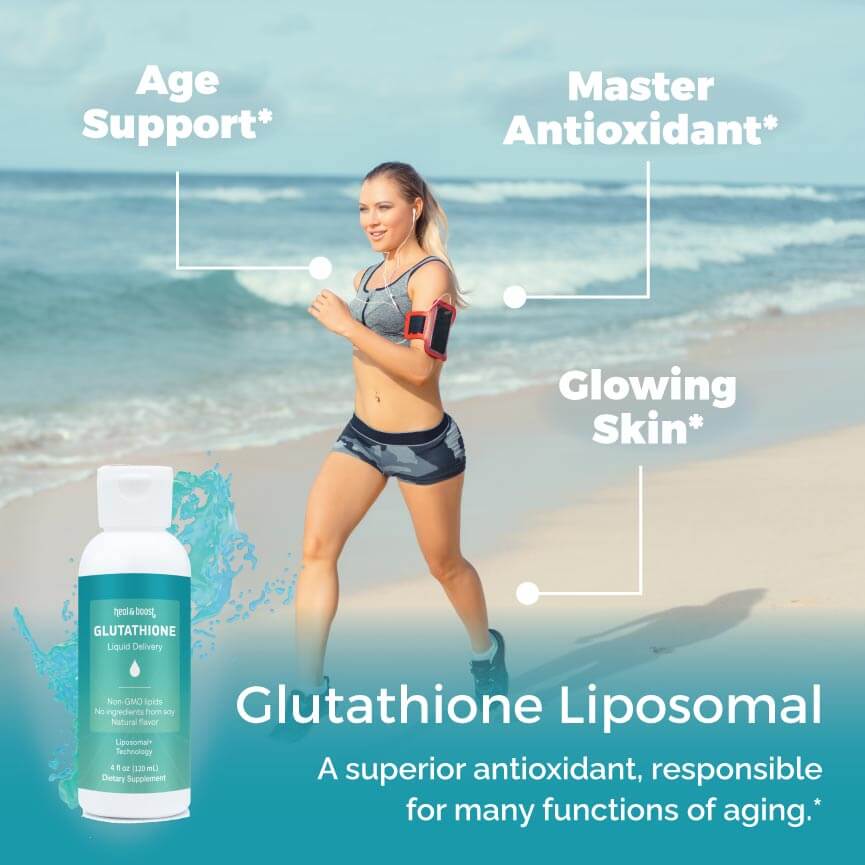 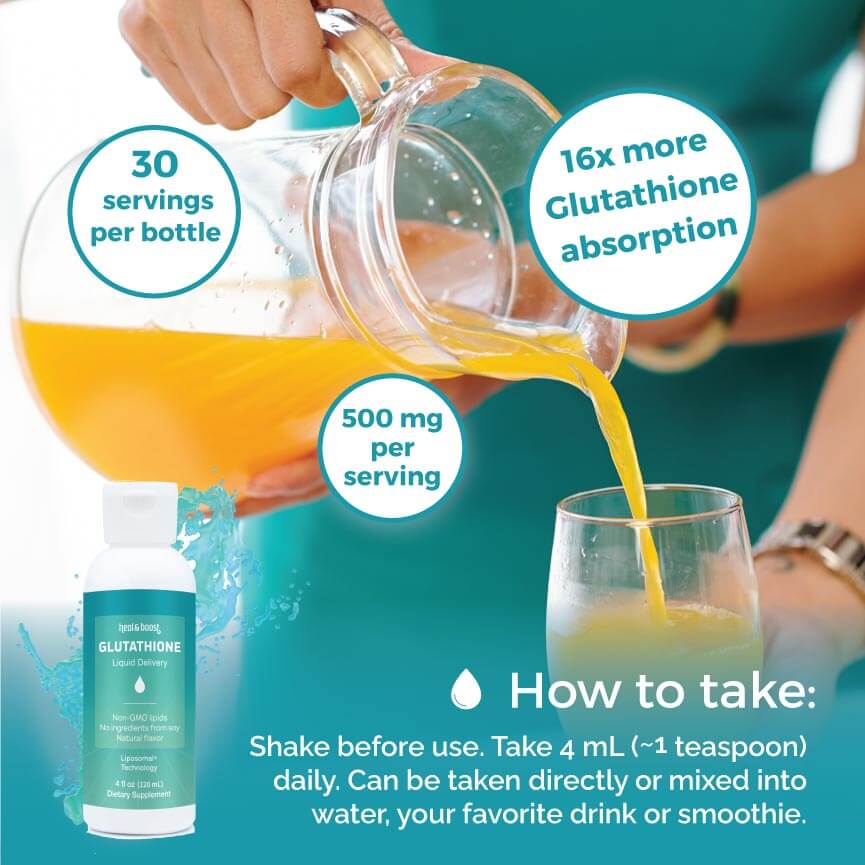 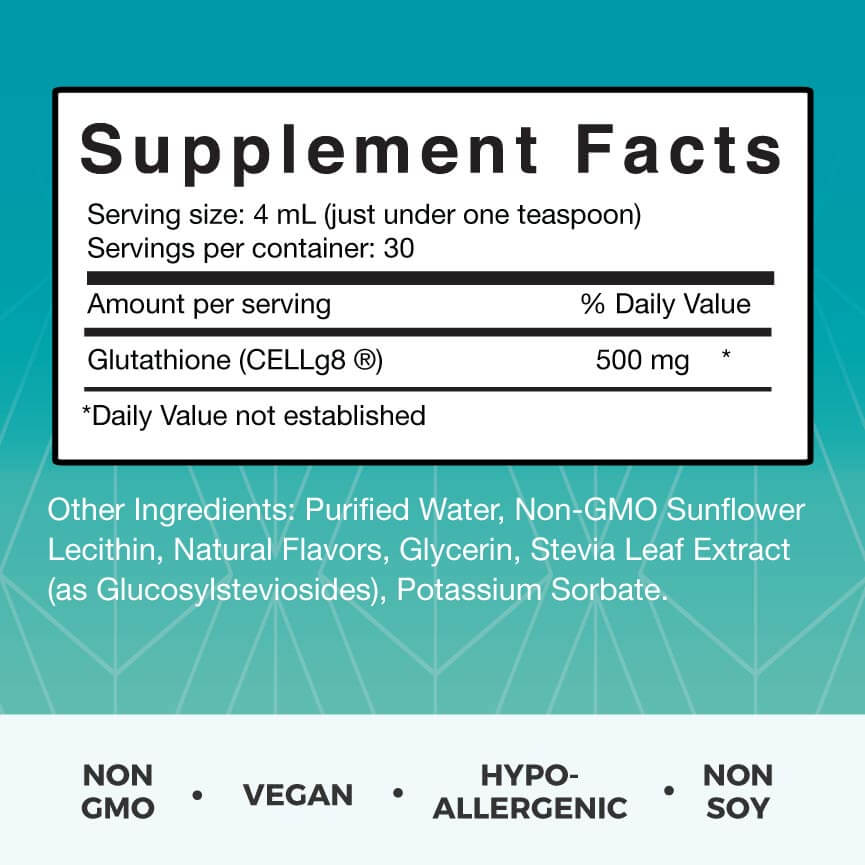 Glutathione levels naturally decrease as we age, yet every cell in the body needs it to defend against free radical-induced oxidative damage. Glutathione rejuvenates vitamin C and vitamin E in our cells, but it is notorious for being difficult to absorb orally. Not ours. Our liquid Glutathione naturally provides nutrient boosting nutrients through our advanced Liposomal+ delivery system.

Found in green vegetables, garlic, lobster, shellfish and whole grains.
Buy 2 save 5%
Buy 3 or more save 10%
Thank you! Your submission has been received!
Oops! Something went wrong while submitting the form.

We guarantee the highest quality products.

Shipping is free when you spend over $99!

When your body has an imbalance between the production of free radicals and your body's ability to fight them off, the result is oxidative stress. Oxidative stress is a precursor to multiple diseases like diabetes, cancer and rheumatoid arthritis. (1)

Whey protein, when given to people with psoriasis, improved their symptoms. (2) Since whey protein has been shown to increase glutathione levels in the body, some studies show a link to improving psoriasis symptoms.

Reduction of cell damage in the liver

As we age, our bodies produce less glutathione. A study showed that people with low glutathione levels were associated with less fat burning and higher rates of fat storage in the body. (4)

Children with autism have higher levels of oxidative damage and lower levels of glutathione in their brain. A clinical study showed that after eight weeks of supplementation, participants showed improvements in cysteine, plasma sulfate and whole-blood glutathione levels. (7)

This product is made without chemical processing, heat or pressure. It has a unique formulation to deliver 16x greater nutrients over ordinary pills and gummies. Our process helps us create the best supplements on the market.

Liquid vitamins are over sugared, adding calories with every ounce you take. We keep it pure around here, so PUCKER UP! Get all the good, all the healing and all the boosting nutrients without the sugar and additives!
You're welcome!

Thank you! Your submission has been received!
Oops! Something went wrong while submitting the form.

*These statements have not been evaluated by the Food and Drug Administration (FDA). Our products are not intended to diagnose, treat, cure or prevent any disease.
Privacy PolicyTerms of Use
© 2021 Heal & Boost Inc. All rights reserved.